Current awareness ranges from looking for information on specific topics on a regular basis (and this usually involves the assistance of your Personal Librarian to help you set up your search profile) to embracing a wider, more general, and cross-disciplinary view that brings an element of serendipity into your search for the latest information.

Informally, researchers remain alert in all contexts for useful information and insights that will inform their daily practice, their research and spark off innovative and creative ideas for new avenues of research.

This monthly post will note special dates and themes, and draw your attention to possibly interesting cross-disciplinary topical references intended to inform and to inspire ideas for research.

This Day In History

In 1572, the St. Bartholomew's Day Massacre of Protestants by Roman Catholics began in Paris and later spread to the French provinces. The massacre was a targeted group of assassinations and a wave of... More

Former tennis professional Raymond Moore was born in Johannesburg on this day in 1946. He won eight doubles titles, finishing runner-up an additional 12 times in doubles. Moore participated in 12 Davi... More

In 1958, Prime Minister Johannes Gerhardus Strijdom died. Nicknamed the Lion of the North, he was a proponent of segregation that led to the establishment of of Apartheid. The Hillbrow Tower in Johann... More

Golfer Nico van Rensburg was born in Alberton on this day in 1966. He has won on the Sunshine Tour six times between 1989 and 2005. He has three Asian Tour victories also

1978 Control of communication bureau is placed under Foreign Affairs 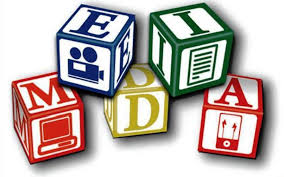 Turkey: 'Our border must be completely cleansed' of ISIS - CNN

As we commemorate the famous Treason trials of South Africa in the late 1950's and 1960's, here is an interesting article published at the time!