To honour World Malaria Day on 25 April 2018, our website for the month of April is the World Health Organization's website, and the resources on malaria in particular:

To find the resources on malaria, click on the embedded link above, then click on the pull-down menu for Health topics, click on the letter M under All topics>> and then on Malaria. The latest available figures are for 2016: 216 million cases of malaria occurred worldwide, and 445 000 lives were lost to the disease. The website offers a wealth of information on this subject of great concern, and numerous other health-related topics.

"The late Alex La Guma is one of the most important black literary figures of 20th century South Africa. His second novel, “And a Threefold Cord” (1964), is set in the Cape Flats and explores contemporary themes of class conflict.

The book tells the haunting tale of a coloured family living in the shanties of the Cape Flats and their daily struggle to survive. It’s a heavy critique of the apartheid regime and has been praised for its accurate representation of economic conditions in the 1960s Western Cape, where housing shortages displaced many coloured residents at the time. It paints a stark picture of suffering and defiance in the face of misery, and it succeeded not only in giving the coloured community a much-needed voice, but also shining a light on the inhumanity of the apartheid regime.

La Guma’s literary works have been all but forgotten over the years. With the exception of the 1969 Lotus Prize for Literature, there has been little to no mention of La Guma’s works on the coloured community outside of the confines of marginal black political writings. “And a Threefold Cord” is both a superior piece of complex storytelling and a scathing rebuke of injustice. It should be held to higher acclaim than it currently is." Quoted from: Mosiuoa, Thapelo (2016) '6 books that shaped apartheid South Africa' okayafrica, 4 November. 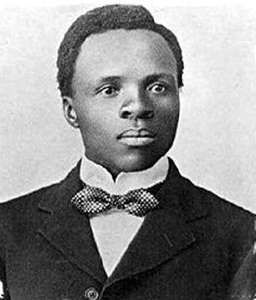 "[Plaatje's] novel Mhudi (1930), a story of love and war, is set in the 19th century. The characters are vivid and the style that of a traditional Bantu storyteller (a mixture of song and prose)." Quoted from: 'Solomon Tshekiso Plaatje' (2016) Encyclopaedia Britannica, 24 February.