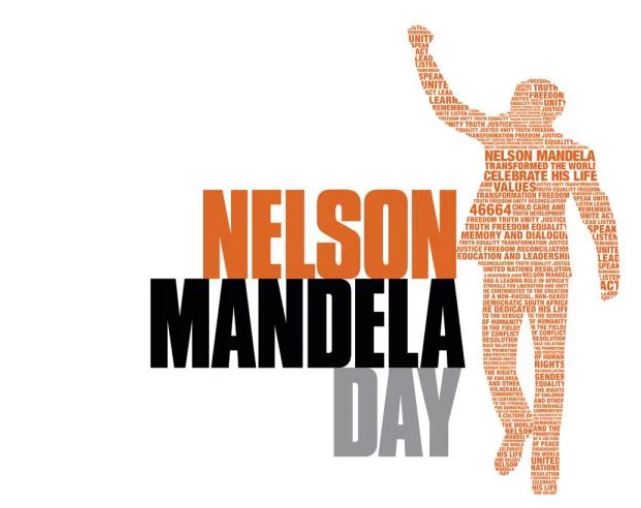 Mandela Day calls on us all, every day, to make the world a better place. Each year on 18 July we look back on what has been done, and forward to what will be done.  Making every day a Mandela Day celebrates Madiba’s life and legacy in a sustainable way that will bring about enduring change.

There are so many ways to make a difference.

Start with what you are passionate about and where you know your actions will have a lasting impact. 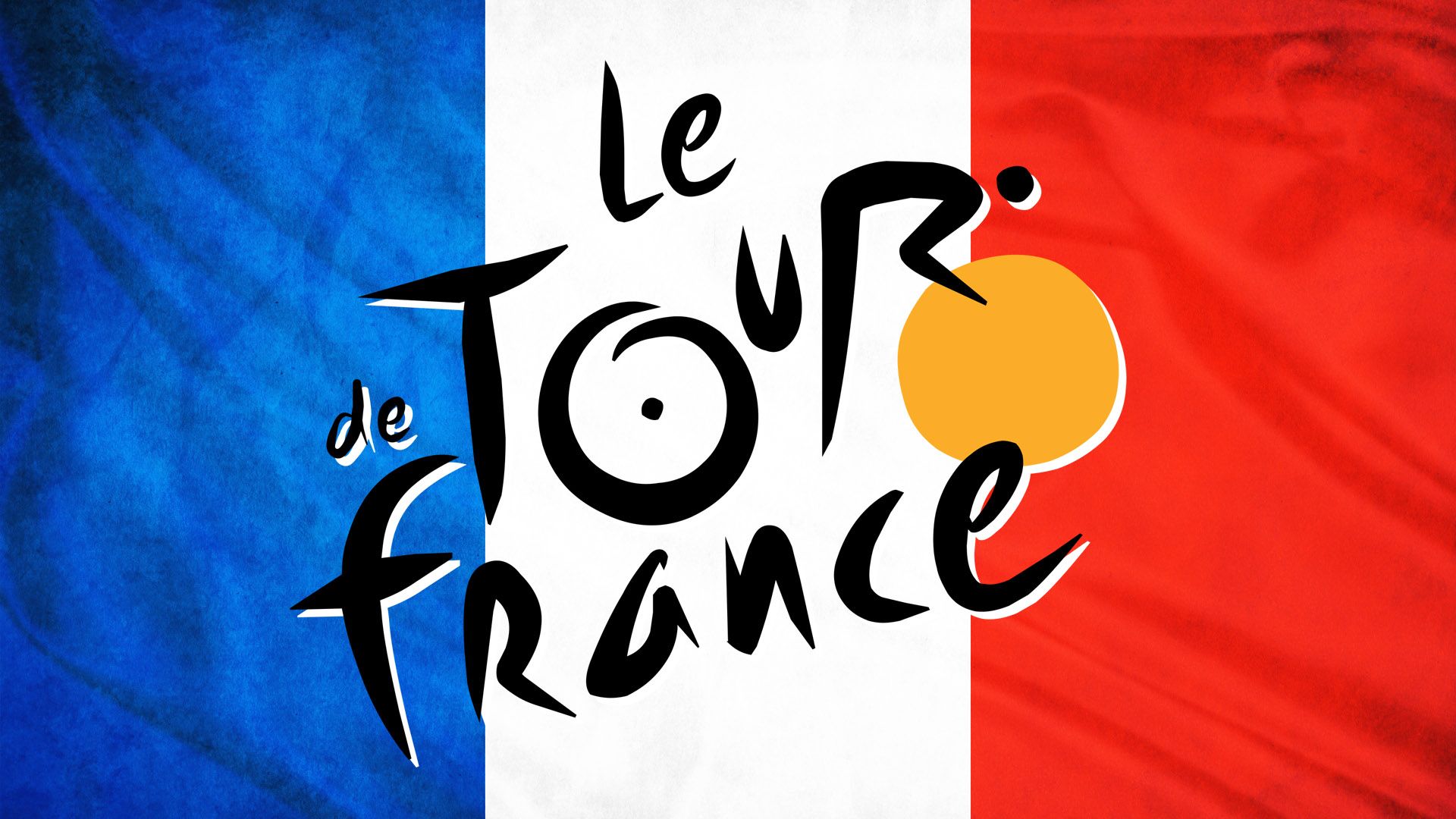 The Tour de France is an annual men's multiple stage bicycle race primarily held in France, while also occasionally passing through nearby countries. It consists of 21 day-long stages over the course of 23 days.

The race was first organized in 1903 to increase sales for the newspaper L'Auto and is currently run by the Amaury Sport Organisation. The race has been held annually since its first edition in 1903 except when it was stopped for the two World Wars.

South Africa has a stage winner in Daryl Impey, who won stage nine on the 14th of July. Impey races for the Mitchelton-Scott team. Another South African, Reinhardt Janse Van Rensburg, racing for the Team Dimension Data, is also taking part in the race.

In July, South Africa celebrates former President Nelson Mandela's birthday. 18 July has been declared Nelson Mandela International Day, but as South Africans we embrace the chance to  celebrate Nelson Mandela’s life for the whole of July. This gives everyone the opportunity to heed the call to action for people to recognise their individual power to make an imprint and change the world around them.

A global movement for positive change begins with small actions. As each person acts, they fuel momentum toward positive change, raising awareness and expanding the reach of Mr Mandela’s values – fighting injustice, helping people in need and practicing reconciliation.

Mr Mandela became South Africa’s first democratically elected president in 1994. As a champion of reconciliation, he was instrumental in the Truth and Reconciliation Commission, which was set up by South Africa’s Government of National Unity to help deal with the atrocities of apartheid.

Before his presidency, Mandela was heavily involved in anti-apartheid activities. He served 27 years in prison, many of which were spent with other sentenced freedom fighters.

While officially retired, he continued to voice his opinion on topical humanitarian issues and campaigns globally for peace, children and the fight against HIV and AIDS.

Government calls on all South Africans to contribute to the social and economic security of Africans, by living the values of our Constitution that provides for the rights of all people living in our country and the affirms democratic values of human dignity, equality and freedom for all.

Other happenings in July: 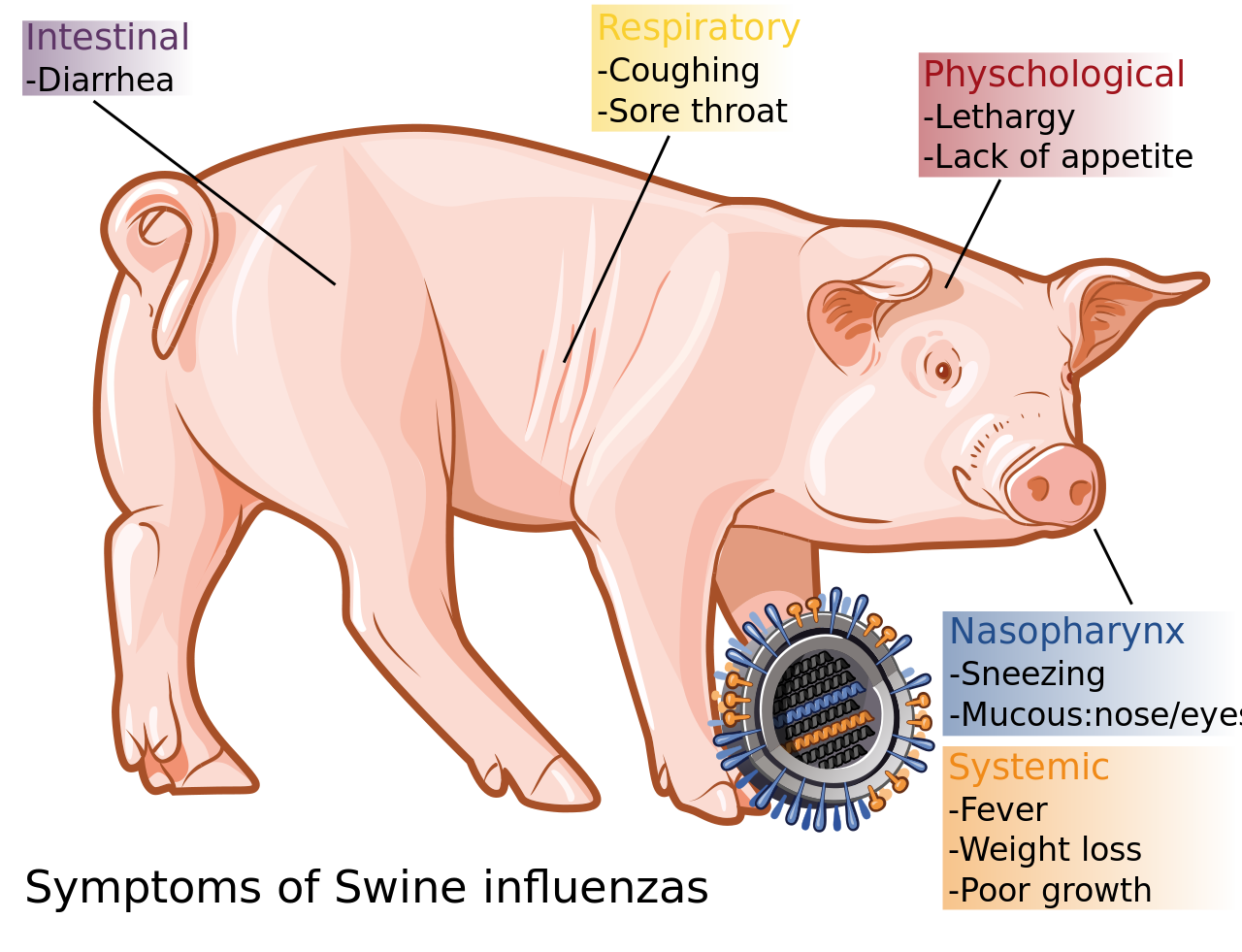 Following the outbreaks of African swine fever (ASF) reported in the North West, Gauteng, Free State and Mpumalanga Provinces, the Department of Agriculture, Land Reform and Rural Development (DALRRD) will be embarking on roadshows and awareness campaigns to meet with farmers/pork producers, affected communities and the public at large.

The disease is transmitted by:

World Hepatitis Day is marked to increase the awareness and understanding of viral hepatitis and the diseases that it causes. It provides an opportunity to focus on specific actions such as:

strengthening prevention, screening and control of viral hepatitis and its related diseases
increasing hepatitis B vaccine coverage and integration into national immunisation programmes
coordinating a global response to hepatitis. 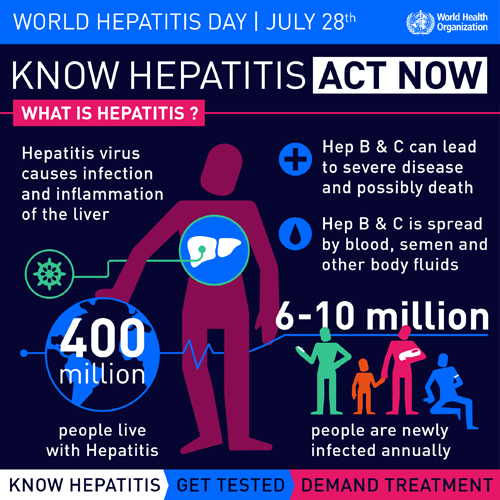 Hepatitis viruses A, B, C, D and E can cause acute and chronic infection and inflammation of the liver leading to cirrhosis and liver cancer. These viruses constitute a major global health risk.

Hepatitis A kills around 1.45 million people every year.

An estimated 240 million people are chronically infected with hepatitis B (defined as hepatitis B surface antigen positive for at least 6 months).

About 2 million hepatitis B and hepatitis C infections occur yearly through unsafe injections.